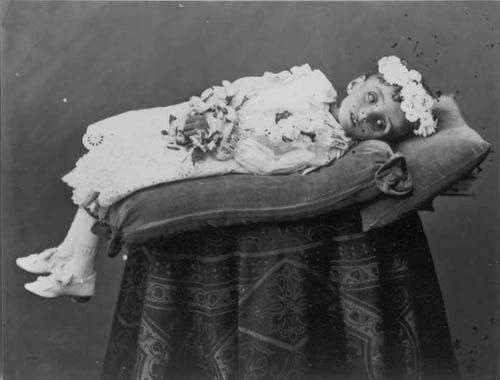 Memorial portraits did not begin with photography, long before the invention of even the early camera obscura, paintings of the deceased occurred. The clergy of the sixteenth century were often painted immediately following death, usually sitting up, or lying, in bed. In the early nineteenth century, it was customary to paint the portraits of wealthy young children whom had died, usually illustrating the child alive, but with a symbol of some sort to indicate death. 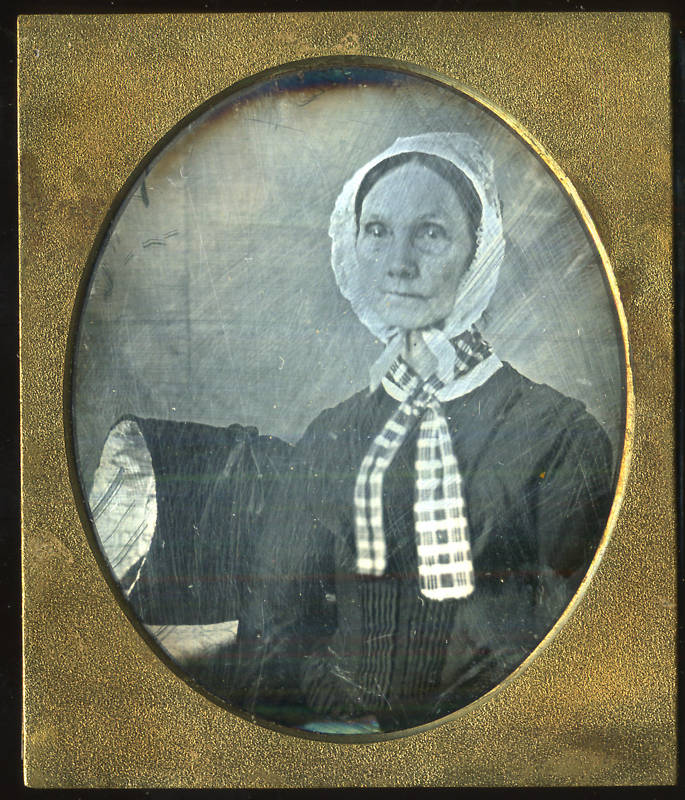 The invention of the daguerreotype, the first commercially practical photographic process in 1839, made portraiture much more mainstream. Although the majority could not afford to commission an artist to capture their portrait, more could afford to sit for a photographic session. Although, like paintings, the daguerreotype could not be reproduced, it was much faster than sitting for a painting, requiring only 10 -15 minutes in bright lighting. The more moderate cost and time involved offered middle-class Victorians the means to memorialize their deceased relatives.

A daguerreotype was very decorative. The photo image is on a silver clad copper sheet which is attached to a sheet of glass by a foil-like brass decorative frame. These photographs offered families a cherished keepsake to remember their lost loved ones by. They served to preserve the image of the deceased in a way that had not previously been available to the majority of Victorians. Most people of that time period never had a portrait painted, or even a photograph taken, in their entire lives. Though more affordable than a commissioned painted portrait, at $5.00 for a daguerreotype, it was still more than a weeks pay for most people.  In most cases, a postmortem photograph might be the only image of the deceased that the family ever had. Especially common are postmortem photographs of infants and young children. Victorian era childhood mortality rates were extremely high, and especially in the case of very young children, most families would never have had an image to remember their lost child by, were it not for these memorial portraits.

1854 saw the advancement in photography of color-tinted ambrotypes, thin negative images on glass made to appear as a positive by showing them against a black background. Ambrotypes sold at less than half the price of a daguerreotype. Tintypes, introduced in 1856 and made of thin black iron, were cheaper yet. Sold for a penny or less, tintypes made photography universally available. With a greater demand for their work, postmortem photographers began to experiment by “enhancing” the effect of life in memorial portraits; methods such as propping the subject’s eyes open, painting eyes onto the subject’s closed lids, or painting pupils onto the photographic print were utilized. A rosy tint could even be added later to the cheeks of the corpse on a tintype. Interestingly, as the costs involved with photography itself decreased, the price for a postmortem photograph actually increased, indicating its value and continued popularity.

Early postmortem photographs are usually close-ups of the face, or full-body shots, and rarely include a coffin. The subject was often depicted as if asleep, but another popular practice was to arrange the subject to appear more lifelike, including bracing or tying the corpse into a standing position, or supporting the corpse on the bodies of other family members in the portrait. Children were often shown lying on a couch or in a bed, often with a favorite toy. It was common to photograph very young children with a family member, frequently the mother, but often with older siblings. Adults were more commonly posed in chairs or even braced and tied onto specially-designed frames. 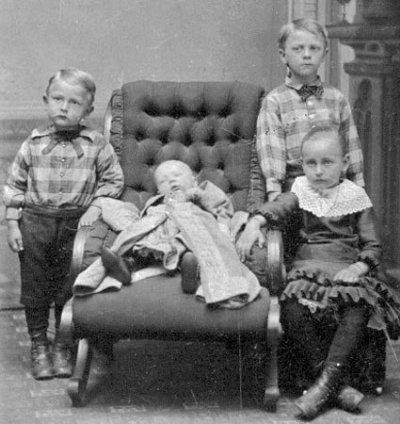 By 1859, a new photographic process, producing the carte de visite or CDV had become widespread. The CDV was a small photograph, usually made of an albumen print -a thin paper photograph mounted on a thicker paper card. With a CDV, multiple prints could be made from a single negative; this meant that copies of the postmortem photograph could be mailed to relatives. Surviving families were proud of these images; hanging them in their homes, sending copies to friends and relatives (who may have never seen the deceased before the death), wearing them as lockets, or carrying them as pocket mirrors.

By the early 1870s, cartes de visite were completely overthrown by “cabinet cards,” which were also usually albumen prints, but larger, mounted on cardboard backs measuring 4½ by 6½ inches. 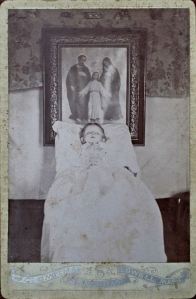 The official practice of postmortem photography began to fade in the early twentieth century. Kodak introduced the Brownie camera and “snapshot” photography became a mass phenomenon; photos became more commonplace, and viewed much less as works of art. Death also became sparser, as health care and medical knowledge gained ground. Rather than embracing mortality, society began to shun any reminders of it. Up until this time, most funerals had taken place at home, in the parlor, or “death room”. As more and more funerals began to take place in the new funeral parlors, the home parlor became known as the “living room”, and in 1910, the Ladies Home Journal declared the “death room” to be a term of the past. 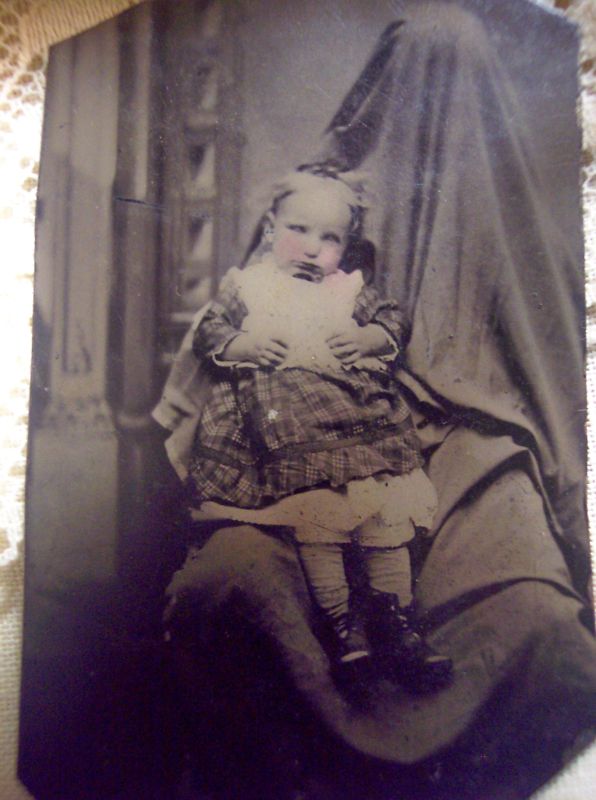